A Fond Farewell To Jack, The Legendary Leader of GE! 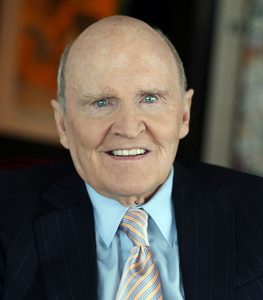 A few weeks ago, I was saddened by the news of the passing of Jack Welch, the visionary leader of General Electric, and a man who worked for that company for 40 years. To say that Jack was a great leader is like saying Picasso was a pretty good painter. It doesn’t do justice to the mastery of the man. Jack was a thought leader’s thought leader, and he had a far-reaching impact on millions of managers and leaders of businesses all over the world during the latter part of the last century and for the first two decades of this century. I thought it might be nice to pause and reflect on some of the groundbreaking thoughts that Jack challenged us to embrace during his strong career at the helm of GE and subsequently.

Find The Best Ideas & Implement Them

Over the course of his career, Mr. Welch challenged his Managers to act like Leaders and to never settle for simply monitoring and managing a business. His encouragement (or outright challenge) was to realize that they had a responsibility to LEAD their business, and to make the most of that golden opportunity. Jack taught hundreds of managers to go directly to their customers and the workers closest to those customers to search for the ideas that would simplify the business and allow the company to serve the customers better, faster and smarter. He challenged every manager within his organization to continuously seek feedback from workers and customers and to turn that feedback into business simplification strategies and new features in the company’s products and services. There is no simpler way to leapfrog your competition than to build a better mousetrap. The way to figure out how to build that better mousetrap is to go to the prospects and customers who buy mousetraps and to understand what they like about their mousetrap and what they wish it could deliver. In addition to going to the prospects and customers, you need to go to the workers who most closely serve your customers, and ask them what THEY would do if they ran the company. 9 times out of 10, their ideas have an awful lot of merit if you ask them how to build the mousetrap the “RIGHT” way…

Mistakes Should Lead To Increased Confidence And Encouragement

Jack Welch was one of the most inspirational leaders of his time within the business industry and well beyond the world of business. He understood that when someone is new in their role that they will make mistakes. Jack intuitively realized that when employees make mistakes usually those mistakes are followed by negative punishments, consequences, and discipline to ensure that no further mistakes are made. Welch knew that if anybody was ever going to learn anything at GE that leaders needed to encourage and support workers while they were trying to find their confidence and figure out how to win. He would say, “When people make mistakes, the last thing they need is discipline. It’s time for encouragement and confidence building.”  Think about that for a moment. Few people in history have done more to encourage and educate the people within their organization than did Mr. Welch. He institutionalized the “Work-Out” and systematically encouraged GE employees to make decisions and contribute ideas for new products and services that would help the company to serve customers better. Welch pushed decision making down in the organization so that employees would often be making decisions that empowered them and the company to deliver more to the customers better and faster. Quite innovative in his time, was Mr. Welch.

His Disdain For Ineffective Bureaucracy Led To The Nickname, Neutron Jack

During his tenure at the helm of GE, Welch decided to challenge every business leader in the company to become relevant in their industry and to compete effectively, or to expect to be quickly replaced by someone who could fix the business. If you couldn’t fix the business, it would most likely be sold to a competitor or closed down. Folks around GE noticed that the buildings were still standing, but that the people were gone, leading to the moniker, Neutron Jack. At the time the United States was working on a new type of bomb, called a neutron bomb, which would not destroy buildings and infrastructure while lethally destroying human lives. While the moniker bothered him tremendously, he believed that holding his leaders accountable was easily the best way to decide which businesses to invest in to deliver growth. At the same time, it helped to determine which businesses to de-emphasize and to liquidate, so resources could be concentrated on locations and opportunities where they could have the most potent effect on growth and profitability. Jack believed that high performance should be rewarded and nurtured and invested in and that conversely, eliminating poor performers is far better than setting false expectations that mediocrity could lead to advancement and a secure place on the team.

Surround Yourself With The Best Talent & Invest In Developing That Talent, Every Day

Jack Welch was one of the biggest believers in the potential of people that ever lead a company. He understood that Leaders must constantly develop and upgrade their teams. Welch personally invested millions of the company’s funds in training, development, and coaching. Welch challenged every leader in the company to build the team’s confidence by coaching them and providing them with transparent feedback about how they were performing. Leaders at GE were encouraged to create optimism and positive energy and to build and maintain trust by being responsible and candid with the team and running the business according to the principles of fairness and merit. Welch was a big believer in meritocracy. Implement the best ideas, implement them as well as you can, and the rest takes care of itself. People were the accelerant that refined those best ideas and made them implementable. Welch encouraged his people to deal with reality and to make the most of every situation, and to get busy competing to win, which they usually did. If there has been a bigger believer in the talent of people, and the responsibility of leaders to carefully nurture that talent, I’m not sure I know who it would be.

Jack Welch will be missed. He is being missed already by many. His legacy will stand the test of time. He may have been known as Neutron Jack by many, but if they took the time to dig deeper and truly understand what this man was all about, it was finding the best people, investing to make them the best they could possibly be, and then leading them to compete on the playing field so that the team could stay within the rules, play fairly, and win most of the time. For decades, that is exactly what Jack Welch did, and his legacy should reflect his love of people and desire to help them to compete and succeed in making the world a better place.

Talk To An Experienced Coach

Michael is the Founder and CEO of Michael Beach Coaching & Consulting, a business advisory firm that works with fast-growing technology companies all over the United States. Michael’s firm works with fast-growing companies to help them to invest wisely in their most precious asset, their talented people, to ensure that the company’s future will be secure for many years due to the investment in people development and leadership development. If your company wants to guarantee it’s success in the future, contact Michael at info@michaelbeachcoach.com or call 651-335-4505 today for a free consultation.

What is your competition doing while you are coasting?

https://youtu.be/nnC3KUTmxw4 Michael is a Business Advisor who specializes in providing[...] 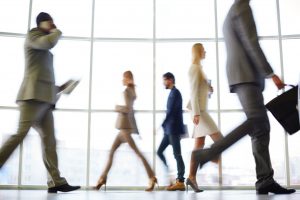 Are You Moving Toward Something Positive, Or Are You Running From Something

I had a conversation recently with a very talented Emerging[...]

How do you and your team handle conflict? https://youtu.be/zgyfL7oDK5Q Michael[...]