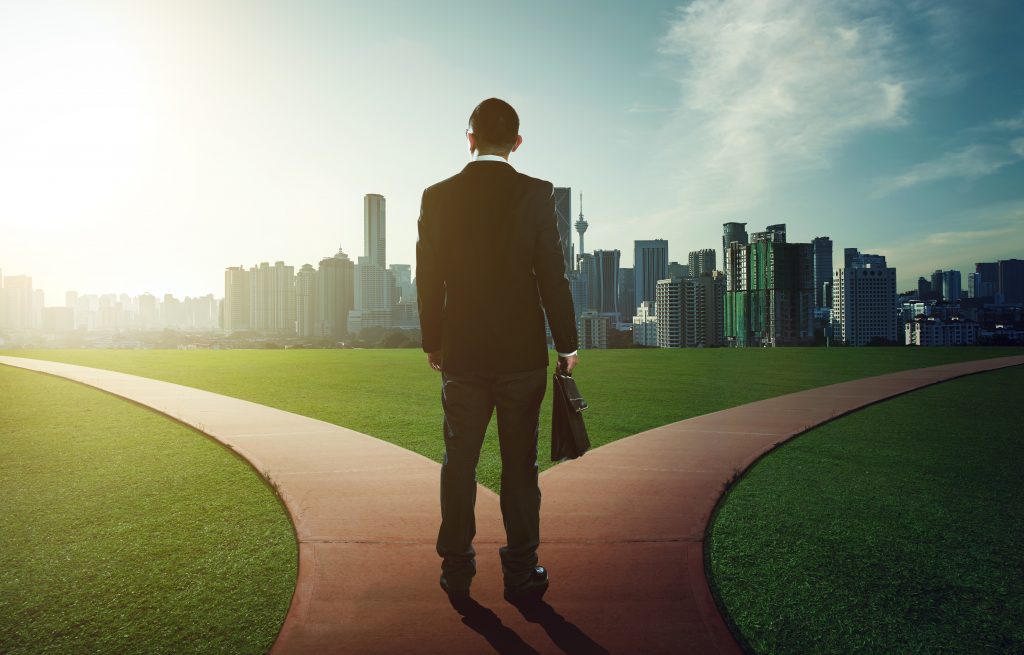 Had a coaching conversation recently with one of my clients who asked me to help him to decide what to do in response to a very difficult challenge placed in front of him by his CEO, to who he reports directly. As he relayed the circumstances to me, I listened intently. He described a situation where his CEO was asking him to do something that he didn’t agree with. He definitely seemed troubled by the directive from his CEO, and it became obvious to me that he really was in a quandary. I asked him a couple of clarifying questions to get a deeper understanding of his situation. The first question is what you’re being asked to do illegal? The second question is, is what you’re being asked to do consistent with the company’s core values, or is it just incongruent with YOUR core values? The third question is, is what you’re being asked to do simply bad business, in your estimation? He gave me his answers and you can read on to find out where we came out on this….

Every CEO has a right to expect open and honest input from every one of their leaders and colleagues. They also have a right to give you guidance and direction whenever they think it best. However, they do not possess a magic eight ball or a crystal ball that helps them see the future or make an endless string of brilliant correct decisions. Frankly, CEOs are humans, and the last time I checked, they pull their pants on one leg at a time, just like the rest of us. I recommended that my client try hard for a moment to put himself in the shoes of his CEO, and try to imagine what it is like to be lonely at the top, and to have to deal with some of the difficulties of being the one person in the business who is never supposed to be wrong, or mistaken, or misinformed, or exhausted, etc. Seeing your CEO as a human, one who is deserving and complete and whole, is a good starting place. I told my client that step one is to see the CEO as a human with great intentions and to try to realize why they say it’s lonely at the top….

Is What You’re Being Asked To Do Illegal?  Fortunately, the answer to this question was no. My client was not ordered to do anything illegal or immoral, in any way. If you’re ever asked to do something illegal or immoral by your superior, there is only one way to respond to that request. Here’s how I would recommend doing it. “Normally, I’m in the habit of complying with every request, but I’m afraid in this case I cannot. I am unable to follow your direction because I am not able to break the law. Of course, you may be afraid that refusing such a request is a surefire way to lose your job. Maybe so. Still, would you rather need to spend the next six to eight weeks finding a new position with a new company, or would you like to spend a couple of years defending yourself against criminal charges and then spend six to eight years in Leavenworth? Not a real difficult decision for me. Make a stand. Stand tall for what you believe in, and for what is legal, moral, and right. You’ll never regret it. That is the ultimate test of your character and of your resolve to do the right thing for the business, the organization, and for your team.

Is What You’re Being Asked To Do Consistent With The Company’s Values?  In my experience, most CEOs would never ask anyone to do something illegal, or immoral, and really most of them would never ask someone to do something which is clearly in conflict with the company’s core values or first principles. If you are asked to take an action that in your mind is clearly contradictory to the company’s established core values, you must decline. Again, I would recommend that you take a talk track like this. “ Under most circumstances, I’m happy to do as I’m requested and I’d prefer to do that here. Unfortunately, I find that I cannot. While I want very badly to be a good team player and do what I’m asked, I have a deeper obligation to honor our company’s core values. In this case, doing what I’ve been asked to do is in contradiction to our core value of ‘Doing what is right, even when nobody is looking…’ and so, I must decline.” Again, taking a stand can have consequences, but you have to ask yourself which is worse, being punished for doing the right thing, and honoring the company’s core values or just blindly following orders because your boss had a lapse in judgment. I’ve seen a significant number of Emerging Leaders stand their ground and refuse to take an action that they felt was not congruent with a company’s core value. Thus far, in nearly 45 years of business, I’ve not seen anyone fired for standing up and pushing back to a flawed request.

Is What You’re Being Asked To Do Simply Bad Business?  This one is probably the easiest one to resolve, because if you simply feel that your CEO’s request is the wrong strategy or tactic for your business you can push back gently without having to refuse to take action, where the previous two examples really provide a moral obligation to refuse action. I’ve been asked to do some really crazy things in my time. I’ve seen dozens of really questionable requests come before my coaching clients in the last decade. So, if your boss asks you to do something that is simply bad for business, you’re in a much easier position. You can simply say something like this. “Yes, I can certainly do that, but are you SURE that is what you want me to do here? I played this out in my head and I’m worried that this could turn out badly for us. What if we tried this instead? How do you think that might turn out for the organization?” Ah, yes, a kinder, gentler, simpler resolution, perhaps.

Be Constructive  If you’re going to get into a conflict with your CEO, you had better be clear, and right. Perhaps more importantly, you should also be very constructive, by being both proactive and positive with the boss as you gently push back. Don’t give in to the temptation to be judgmental or critical. Instead, focus on the error in the logic and leave the emotion and recrimination for another conversation and another time. Point out as diplomatically as you can that the boss’s direction might lead to negative outcomes and might adversely affect the performance of the team, your customers, etc.  Whatever you do, remember, you’re talking with the Boss. They are not infallible but they are always deserving of your respect and always should be talked about in ways that will increase trust. Find the right tone and the right approach when you must disagree, and get into dialogue instead of a debate. Aim for a win/win conversation instead of a win/lose the negotiation. I’m convinced that you can do it, in almost any situation that is likely to come up.

The conversation between my client and his CEO was able to be conducted without any deaths or career suicides. He was being asked to take an action that was moral, legal, and probably consistent with the company’s values, but it still didn’t seem like the best option to my client. I encouraged him to respectfully ask his CEO if he could propose another option. The CEO was delighted to consider another option. They dialogued about that second option and after a good long talk decided that it was a better strategy than the one proposed initially by the CEO. The CEO was appreciative of the suggestion and the respectful challenge to his proposed solution, which improved the organization’s chances of a successful outcome. It turned out to be a win/win/win for everyone involved. Happy ending.

Michael is an award-winning Master Coach who works all over the United States with Fast Growth companies whose Leaders and Emerging Leaders want to take their Leadership game to a whole new level. Michael and his affiliate coaches work with C-Suite Executives, Owners of Companies, their Executive Leadership Teams, their Emerging Leaders, and more. Michael Beach Coaching & Consulting exists to help clients to take their business acumen and their Leadership Skills to a level that makes success predictable and consistent for those companies. If you’d like more information, please contact Michael at info@michaelbeachcoach.com.

Heavenly Profits: The Devil Is In The Details!

If you want to enjoy heavenly profits you are going[...]

Become the leader you always wanted to be by coaching your team toward their success!

You will be wise to coach your team and watch[...]

https://youtu.be/eYQrHx4KISs Michael is a Business Coach and an award-winning member[...]