I had a very thought-provoking conversation with one of my Emerging Leader clients the other day about the lessons he’s learned from 2017. I asked him what he will do differently this year to make the most of the things he learned in the school of hard knocks in the year past. I thought he had come up with some incredibly self-aware insights into the learning of the past year, and his resolve to start the new year out on a new trajectory was inspiring enough that I asked for his permission to share his focus for the coming year with all of you. Let me know what you think of his concise list of important areas of focus for 2018, that would be fantastic!

Well, that’s it. You have Morgan’s list. What do you think of it? Do you like it? Do you disagree with anything on his list? Do you think it’s missing anything critical? I’ll be honest; I think it’s a pretty decent start toward a better year of leadership from a guy who strung together a pretty good year in 2017, although he probably is more focused on the missed opportunities of 2017 than giving himself credit for what went right during this last year. I see great things ahead for this young man and believe that 2018 will be a great year of professional growth and development for Morgan and also for his team.

Michael is an award-winning executive development coach with a penchant for working with mid-sized companies in the technology space across the United States. Michael works with C-Suite Executives and their leadership teams to help them to implement transformative change and grow their culture into something that attracts talent and customer growth. Michael is actively engaged in helping these companies to develop the next generation of leaders that will fuel their growth and help their company to be industry leaders for many years to come. If you’d like to speak with Michael about bringing transformative change to YOUR company, or if you’d like help developing the next generation of leaders for YOUR company, send Michael an email at info@michaelbeachcoach.com.

Do You Find Yourself Envious of Someone Else’s Success?

Sometimes we cannot help ourselves. We see one of our[...] 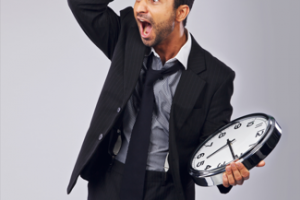 Life is certainly tough and will teach you a lesson[...]

Compound Your Return On Energy – Invest In Developing Emerging Leaders

I am supremely fortunate that my work allows me to[...]