Are You Ready To Quit? 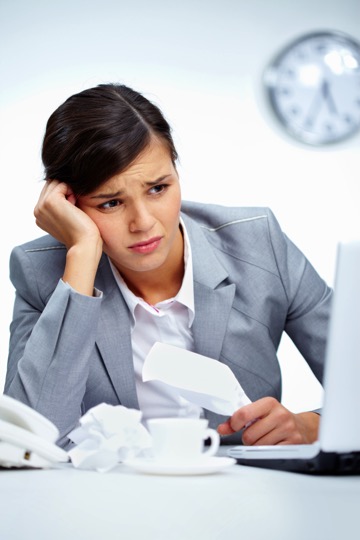 I had a conversation this morning with an emerging leader who is in her first management position, and it is not going well. I asked her how things were going and was taken aback when she informed me that she was thinking of quitting her job because it wasn’t going well. She had found out the hard way, early in her management career that management is not for the meek.

Remember, difficult is good; it’s what makes us stronger. Remember also, that failure is good, it’s the first step forward towards rewarding success. I summoned up my courage and told my emerging leader friend that she COULD quit, and go back to being an individual contributor, but that I suspected that such a decision would probably lead to her regretting it for the rest of her career. We are never so close to brilliance as we are right after a mistake or a failure. I reminded my friend that she hadn’t taken the management job expecting it to be easy and that this challenge was simply that, a rather robust and nasty challenge.

Some people are quick to give up when difficulty arises because their expectations are off kilter. They are actually expecting everything in life to be EASY! I assure you that there are few things about life that are easy, and in business, things are even more difficult from time to time. I believe that reasonable expectations and perseverance are essential to our ability to shrug off defeat. I believe that we should all expect to be defeated in the short term every once in awhile. Perfection is an awesome goal, but it is seldom attained. Perfection is RARE indeed.

So given the rarity of perfection in life, and in business, I advocate perseverance. This is the greatest quotation about perseverance and mental toughness from Sir Winston Churchill from his famous Harrow School address in the 1940s. “ Never give in, never give in, never, never, never, never – in nothing, great or small, large or petty – never give in except to convictions of honor and good sense.” Now, if there’s ever been a better quote for sticking to your guns and fighting through adversity, I’d like you to show me that quote. This is brilliant stuff, and in the context of the time, (Hitler had swept through Europe swiftly killing hundreds of thousands of innocents and was bombing England nightly…) It was just the sort of brash resiliency and assertive optimism that the world needed to bolster its resolve to fight Hitler and carry the day.

Here’s the moral of the story: Tough people don’t give up at the first sign of trouble. Tough people don’t give up at all, ever, unless they know that they are wasting precious resources fighting a losing battle. I’m going to predict that my friend, the emerging leader, who is one of the toughest people I know, will bounce back and master the challenge before her. You can do the same thing. You just need to make up your mind to persevere.

Remember that mental toughness and resiliency don’t come easily. If you want to prove yourself, and if you want to overcome difficult circumstances, you have to realize that it will take some grit and determination, and you will have to endure being uncomfortable while you figure out how to prevail. It comes with the turf. Get busy living or get busy dying. You can do it!

Moments with Michael: Why Creating Value for Your Customers is Beneficial for Them and for You…

https://youtu.be/63a463pHwbY Michael is an executive development coach and business advisor[...]

Learn how to be a great leader in this series[...]

We Need the GOOD Leads!

How do you stop generating the garbage leads and get[...]