It’s Lonely At The Top

Home BlogIt’s Lonely At The Top

It’s Lonely At The Top 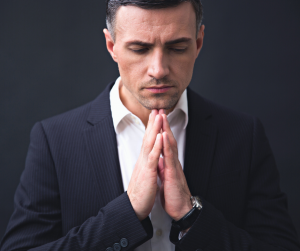 I got a message yesterday from one of my CEO clients. He was feeling down and perhaps a bit defeated. One of his most talented employees had informed him that she was leaving his company for a better-paying position at another company. He was feeling pretty demoralized by the added turnover that so many companies are feeling during this time of the “Great Resignation”. We scheduled a quick call and began to talk. He told me he was beginning to think that all the generous things he has been doing to build a vibrant and healthy growth culture in his firm were for naught. He was feeling like maybe it’s a mistake to invest in paying your people generously, and giving them lots of autonomy to work from home flexibly, etc. I told him that he might be right. Perhaps it would be better to stop paying his staff market-competitive wages and to force them all to work in the office every day. Perhaps you should run your company like Vladimir Putin runs the Russian country. Perhaps you should stop investing in your team because they’ll all leave one day. What do you think?

There Is A Saying  There is a saying, “It’s Lonely At The Top.” The reason why there is a saying like this is that it really is lonely at the top of a company. When you’re the CEO, nobody wants to bring you bad news, so they BS you as long as they can. Then the truth is revealed at the last minute, and you’re surprised and disappointed. It might become easy to become cynical and believe that human beings aren’t worth it, that they’re all lazy or stupid or gutless. I assure you that human beings are mostly terrific. I see and hear stories of greatness every day, and so do you. Get over your departing employee being who she is, and realize that the only thing you can really control is yourself. Go ahead and decide what kind of mindset you want to have and what kind of behavior you want to demonstrate each day. Do your very best to invest in the people around you. Do your best to trust them. Do your best to train them and be generous with them like you have been in the past. Just don’t expect it to work perfectly. Nothing on this planet ever does work perfectly every time. Expect resistance. Expect challenges. Expect adversity. But when they arrive and present obstacles to your continued forward progress greet them with a smile and good cheer. Then immediately go to work overwhelming them with your proactivity and positive activity.

Invest or Don’t Invest, Those Are Your Choices  I’ve had this conversation with a number of leaders of great companies over the last year or two. They buy into building a great culture in their business, trying to invest generously and aggressively in their people. They give them a great cause, a great purpose to work towards. They build great trust-based relationships with their staff and they teach their staff to build great relationships with one another. They encourage everyone on the team to realize that they’re making measurable forward progress and to keep going until they reach the finish line and declare victory. They encourage their people to develop as much skill as they possibly can so that they can master their areas of responsibility. They recognize their teams for their great work, their sacrifices on behalf of the larger team, and their loyalty. They provide their colleagues with an abundance of trust, freedom, and autonomy to do their work wherever and however they think best. They pay them fairly or even slightly better than fairly compared to the market. And still, some of their team members leave for greener pastures.

You either do these things and build a great culture and a great company, or you don’t. That is your choice as the CEO. Understand that the choice will not prevent adversity from finding you and visiting you every once in a while. That’s not possible on this planet. But while you’re having that great growth-oriented, people-friendly, customer-centric mindset and investing in everyone, you’re creating conditions where MOST of your customers are going to love working with your company, and MOST of your teammates are going to want to stay. THAT is the main point of investing in your people, versus NOT investing. If you don’t invest, none of your clients will want to stay with you for long, because none of your team members will want to hang around for long. Invest, or don’t invest, that is the question…

Don’t Over-Index On Adversity  If you’ve made the decision to invest in your people, and to build a great culture in your organization, you’re on the road to Hana. You’re headed to a great place. But don’t flip out if you hit a few bumps in the road every now and again. That’s to be expected because we live on planet Earth. Things are pretty darned terrific here, but as good as they are, we still have volcanic eruptions, tsunamis, earthquakes, droughts, blizzards, and the occasional global pandemic to deal with from time to time. Don’t let adversity make you think that you’re not a wise person for deciding to adopt a great culture and to design and build it for the good times. Adversity will come. Expect it. Plan for it. And remember that when it comes, it’s never at an ideal time. But all you can do is approach it with that same mindset that gets so much traction during good times and sunny days. Do it on the days when times are bad, and the sky is dark and stormy. And remember, that it’s lonely at the top. It’s not lonely when you’re accepting the award for the company of the year in your category. That’s a great occasion. But if you live on this planet, the day will come when your most talented teammate will decide to go accept an opportunity somewhere else, and that’s when it’s lonely at the top. Be of good cheer, because tomorrow is another day, and perhaps tomorrow, you’re going to win a new account, or you’re going to receive another award. Keep the faith!

Whatever you do, keep your perspective. If you’ve been investing in your people for years, you’ve already built up a tremendous amount of goodwill with your team, and with your clients. If ten things are happening at your organization today, probably eight or nine of them are positive. That means that only one or two are negative. Keep your perspective, and don’t panic. You’re just lonely at the top.

Michael Beach is an award-winning Master Business Coach and Executive Development Coach. He and his affiliate coaches provide business advisory services, coaching, and education to the C-Suite Executives and Emerging Leaders of fast-growth companies all over the United States, from their offices in the Twin Cities, Tucson, and Fort Myers. If you’re feeling especially overwhelmed by adversity or feeling lonely at the top, you can contact Michael at michael@michaelbeachcoach.com. He’d be delighted to talk with you and to find a way to help you get back on track and rekindle your efforts to be on the right side of adversity. Being lonely at the top is the price we pay for success in business sometimes, but Michael and his team can get you back on track.

Click on "Read More" to watch a video on Business[...]

Make yourself and your health a priority.

https://youtu.be/7VwKo2Zh8Eg Email us at info@michaelbeachcoach.com to find out more on[...]

I think each of us has heard this phrase a[...]