Over the course of my lifetime, I’ve had the opportunity to witness some great leadership and some terrific examples of brilliant coaching. I could also note that before my lifetime there were some amazing examples of great dynamic leaders and fantastic coaches, like Abraham Lincoln, Gandhi, Winston Churchill. Today’s blog article is going to focus on lessons I learned by watching three great athletic coaches and how they formed a dynasty during their time as a coach. The three coaches I want to talk about are Vince Lombardi, John Wooden, and Herb Brooks.

Vince Lombardi took over a team in Green Bay as a rookie head coach that had been 1-10-1 the year before. When he took over the team, he made it very clear to the Leadership of the team, that he was going to insist upon having unfettered control over running every aspect of the team so that he could change a damaged and dispirited culture into a winning culture. Lombardi’s famous demand before agreeing to become the Packer’s new head coach was “I want it understood that I am in complete command here. “ He knew that he was going to be able to break some eggs along the way to creating his omelet. Over the next seven years, Lombardi and his Packers won 5 total NFL titles, including three in a row, and the Packers won the first two Super Bowls before Lombardi moved on to a new challenge in Washington. The man never had a losing season and he won nearly 75% of the games he coached over his career as a head coach. Lombardi was a no-nonsense guy who was as tough as nails, but also loved his players and showed them his affection. A famous quotation that has stuck with me over the years is this one, “I hold it more important to have the player’s confidence than their affection.” Two great lessons that Lombardi taught me. One, don’t allow anyone to water down the things you’re going to need in order to change a culture and implement a winning dynasty. Insist upon complete command and control, if that’s what the job will require. Second, don’t spend your time trying to earn your team’s affections at the cost of earning their confidence and respect. In my experience, if you earn their respect and confidence you will often become lifelong friends as well. It always happens in that order, however, and never in the opposite order.

John Wooden was named the “Greatest Coach Of All Time” in an era when there were many great coaches to compete with, Lombardi, Halas, Auerbach, and many others… He was affectionately known around Los Angeles as the “Wizard of Westwood” and in 12 years during his UCLA coaching career, he and the Bruins won an unbelievable 10 NCAA Division One Basketball Championships in 12 years. The Bruins won 7 in a row. It was perhaps the greatest sports dynasty of all time, truly historic. At one point during their dynastic run, the Bruins won an astonishing 88 basketball games in a row without a defeat. That mark should stand for a long time, as it already has. In addition to his obvious athletic coaching prowess, Wooden was beloved by the many players who played at UCLA because he made it clear to them that he was interested in them becoming fantastic men in addition to becoming fierce basketball players. His 7 point creed taught his players how to live their lives so that they would become great human beings as they developed and grew. I have given his “Pyramid of Success” tool to many of my clients over the years, as it is a very comprehensive tool to prepare a person for success in life, sporting contests, or in business. I love a couple of Wooden’s quotations, “Failing to prepare is preparing to fail” and “Seek opportunities to show you care. The smallest gestures make the biggest difference. “ There could be hundreds of lessons I learned from watching a video of Wooden, reading his books, and studying his coaching philosophies, but I will mention two. One, you have to pay attention to the smallest details if you are going to build a routine of performing under pressure. Wooden spent nearly an hour with his team at the beginning of each training camp, showing his players how to put on their socks and how to correctly tie their shoes. That is a fine detail, and he told his players, “If you put your socks and shoes on correctly, you won’t have to be concerned about blisters when you’re running the ball up and down the court.” Incredible attention to detail. The man believed in being prepared. The second lasting lesson is that you need to show people that you care. If you are always there, always setting the same high standard, and always investing in your team, they will play their hearts out for you, when the championship is on the line.

Herb Brooks was an extraordinarily tough guy who won the state hockey championship as a high school player, and he went on to play for the Minnesota Gophers in college and played on a number of US National teams. Following his success as a hockey player, Herb became an extraordinary coach. Herb took the University of Minnesota Golden Gopher Men’s Hockey team to 3 NCAA Division One titles during the years that he coached them. His players revered him and also feared him a bit because Herb was a no-nonsense guy who spoke in a street-tough blue-collar way and expected nothing short of your best at all times. His greatest achievement, no doubt, was coaching the 1980 US Men’s Hockey Team at the Lake Placid Olympic Games. Nobody in their right mind expected the US Olympians to be able to compete effectively with the Soviet Union’s defending champions, let alone defeat them and everyone else, and take home the Gold Medal. Still, that is exactly what Herb Brooks and that magical team accomplished during their year together. Brooks had a large number of quotable quotes, but here are two that resonated with me. “You’re looking for players whose name on the front of the sweater is more important than the name on the back” was one of his gems. Another was his famous words as he finished his pre-game pep talk to his Olympians before they took the ice against the Russians, “You were meant to be here. This moment is yours!” I learned two great lessons from studying Coach Brooks’ coaching philosophies, and they are that when you are recruiting someone to join your cause, you want to surround yourself with competitors who can place the overarching goals of the team ahead of their personal and individual goals, first. Second, Herb Brooks taught us that if we could prepare like never before, and do things that had never been done before, we could enjoy rewards and moments that we’ve never had before. Great moments are indeed born from great opportunity.

I’m convinced that great coaches don’t come along every day. These three great examples demonstrate that a fantastic coach can help people to achieve great things, perhaps even things that those people never considered before, or never considered possible. Great talent is a wonderful thing to behold. Better still, great talent with a great leader who is spurring the talent to become focused and even more capable of harnessing their talent is going to accomplish even more amazing results. If you look at the world of achievement, there are incredible accomplishments happening all the time. The vast majority of the time, the achievements were preceded by a very involved coach who was helping their players or their employees to become tougher, better prepared, and more capable of delivering great results in the moment when victory or defeat are decided.

Michael Beach is a Master executive development coach and business advisor, and the founder of Michael Beach Coaching & Consulting, a coaching firm that provides Executive Development Coaching Services to fast-growth companies. Michael and the Master coach in his organization work with Emerging Leaders and C-Suite Executives all over the United States to help them to build a culture and great collaboration that can make a team a dynasty in their field of endeavor. If you’d like to consider adding Executive Development Coaching to your talent retention strategy and Performance Coaching to your growth and execution strategies, simply send an email message to info@michaelbeachcoach.com. Who knows, you and your team might even build a dynasty along the way? 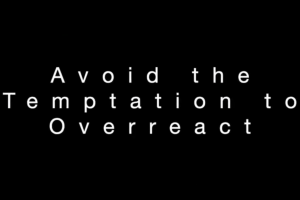 Insider Tricks on How to Be a Great Business Coach: Improve Collaboration in Your Business

Improve collaboration in your business by planning and preparing for[...]

Moments with Michael: Start With a Purpose and Stay Engaged

Build a plan to move forward towards success... https://youtu.be/YuvDacXVu-4 Michael[...]