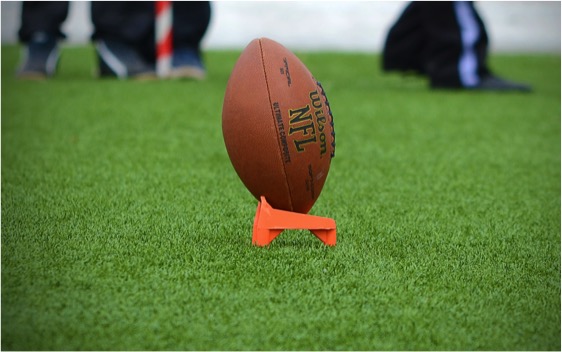 Football season is upon us, and all over the United States whistles are blowing, football players are learning their systems, and blocking sleds are being pushed across the grass by gigantic athletes. I watched the enshrinement speeches from Canton last night and noticed a few highlights that apply to business.

Kenny “The Snake” Stabler – Tom Hanks and I share a deep appreciation for the Snake. I enjoyed watching him play as a young man, and loved his ability to lead a team when the game was on the line, and developed an appreciation for his willingness to seize the moment when he saw an opportunity to ‘Throw Deep’! I believe that championships in football come to teams with two key ingredients: 1. A strong and aggressive defense. 2. A willingness to play to win, not to avoid losing. The legacy of the silver and black is their willingness to see an opportunity to inflict damage when the other team was becoming conservative, by doubling down on their own aggressiveness. It’s a shame that the Snake didn’t live long enough to speak at the enshrinement, it would have been one helluva speech.

Eddie Debartolo, Jr. – I’m not sure if Eddie Debartolo is the ONLY guy enshrined in the HOF who didn’t make his High School Varsity Team, but there is a pretty good chance that the list is NOT long. What a fantastic speech earlier this month, emphasizing that the players were, and are now forever members of his family. Mr. Debartolo was a very successful businessperson aside from being a very successful NFL Team Owner, and he brought all of the cultural attributes of his family business to the NFL when he took over the 49ers and transformed the San Francisco team’s culture into a dynasty in the bargain. Two things particularly impressed me. Debartolo cared deeply for his players and treated them like grown adults, and went so far as to ride to the hospital with them in the ambulance when they were severely injured. That’s family, and that’s love. The second thing that impressed me about the speech was that he took on the NFL hierarchy and strongly suggested that they treat the players like family more. The NFL pie is very large and getting larger. With all of the concerns about traumatic brain injuries, the NFL needs to step up their commitment to protecting the players more.

Tony Dungy – Being from Minnesota, I feel connected to Tony Dungy, as he played his college football for our beloved Gophers. Tony was a great quarterback and a great student. He didn’t get drafted in 12 rounds after his college days and was fortunate to have the opportunity to play for a few years in Pittsburgh and San Francisco, before beginning his coaching journey. Tony is a man of deep faith and unshakeable principles who decided to stay true to himself as he ascended the rough and tumbled the world of the NFL. Few people in the NFL earn the respect and admiration that Tony has by focusing on teaching and on leadership and by helping others to learn to lead. His crowning achievement was leading the Colts to the Super Bowl win, but Tony’s life has meant so much more than that. Tony left an indelible mark on his cities and players and teams during his time coaching in the NFL, and proved that nice guys CAN and DO WIN! Well done, Tony!

Brett Favre – I grew up a die-hard Packer fan in Wisconsin as a kid, and Lombardi, Starr, Hornung, and Nitschke were my heroes growing up. I moved to Minnesota after high school and began a 40-year love affair with the Minnesota Vikings. For years, Brett Favre was a thorn in my side and led the Packers to many a victory over my beloved Vikes. All the while, I loved the way the man played the game. There was nothing like him in the NFL, nobody to compare him to. He was raw, strong, fast, and played to win. When he fell short, he stood tall and faced the music, like a man. The two years that Brett Favre played for our Vikings were heaven and hell, he brought our team to the brink of a Super Bowl and fell just short. Make no mistake, the people of Minnesota know Brett is a Packer through and through, but he will always be welcome at our campfire in Minnesota. His speech this month was an emotional ride, and a revealing look at how important family life was to him, and is to him today. He talked about how important it is to be present in the lives of our children. Great stuff! I tip my cap to old #4 and forgive him for all the times he beat us with his relentless gunslinging. A great football player and a great member of the Hall.

I could go on and mention Kevin Greene’s grand salute to the men and women who paid for our freedom with their service and often with their blood. That was a very moving moment from his speech. I love the enshrinement speeches each year because I believe that football teaches all of us about life. I love to hear how the greatest football players ever made it to the pinnacle of their profession. I believe that there are great lessons here for business people and human beings. Don’t be afraid, play to win. Treat your team like family. Be true to yourself. Be present in the lives of your family. Great advice, and something to ponder on a summer morning.

Can Your Business Stand On Its Own?

Many business owners want to know whether the equity in[...]

Would you like to become as tough as a bar[...]

New Managers, How Do You Prepare Yourself for an Important Conversation?

We’ve all probably had a conversation or two that came[...]