To Develop Your People Or Not, That Is The Question

Home BlogTo Develop Your People Or Not, That Is The Question 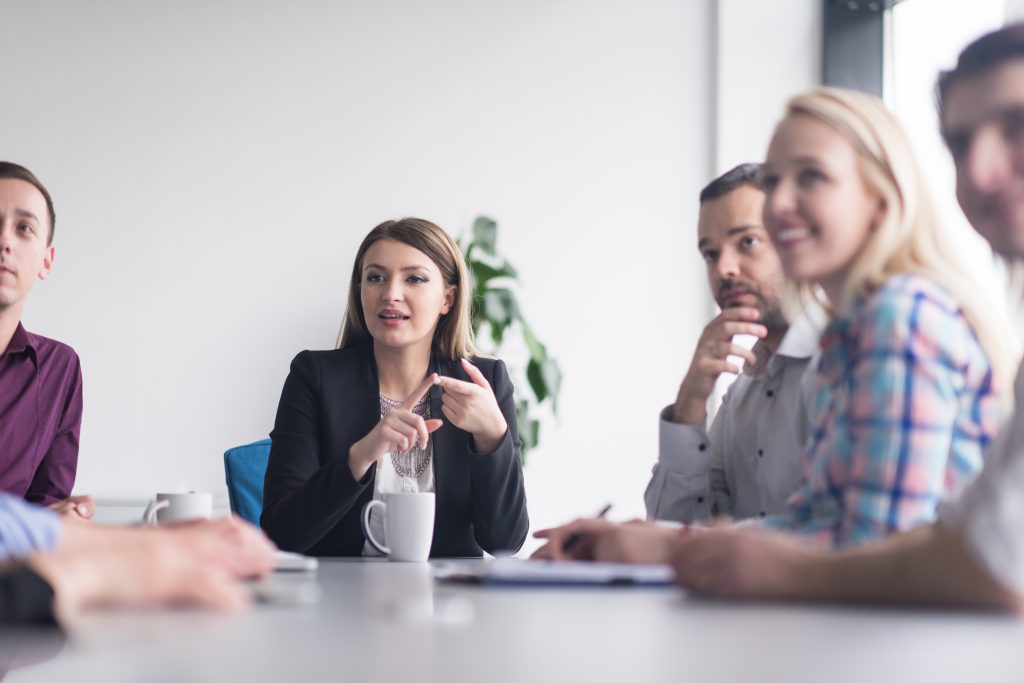 I had a wonderful conversation with an old friend of mine recently, a man who founded a successful company a number of years ago in the South. He was lamenting that in the last several years he’d seen a significant decline in the loyalty of American workers and wanted to know if it was just him, or if it was a sign of a larger trend. I confirmed that I was seeing it across many of our clients. I chuckled a bit because I couldn’t imagine that he could really be asking me this question in 2022, given what’s happened in our economy over the turbulent and disruptive last 3 years. Still, he seemed sincere and truly troubled, so I offered him some of the insights I gleaned.

The Founder’s Lament  My friend talked of being quite discouraged. He has been a generous and benevolent leader of his firm for nearly two decades, and lately, he has lost employees at a shocking rate compared to the way things used to be, despite his commitments to training, supporting, and investing in his workers. He claimed that he was about to take a new trajectory with his team. He was becoming gun-shy because, after decades of making investments in competitive salaries, performance bonuses, commissions, training, certifications, coaching, and the like, he kept losing even some of his most loyal people. He claimed that he had had enough and was no longer going to be investing in developing his people only so that they could leverage him for more days working from home, more salary, more this, and more that. I could sense his frustrations and intuitively felt that he was nearing a boiling point. “I’ll be darned if I’m going to keep making all of these investments in my people, only so they cost me more money or leave me for a desperate competitor who is willing to pay them more, Michael!” he said.

Be Very Careful What You Wish For  While I heard what my longstanding friend and client had told me, and could empathize with his impatience and frustration, I knew I couldn’t leave him thinking the way he was thinking at the moment. I decided to reply in this way, “ So, if I understand you correctly, after nearly twenty years of investing generously in your people and enjoying fierce loyalty from your employee associates for the vast majority of that time, and all of the commensurate benefits of experience, understanding and alignment with your team, you’re ready to go in a new direction?” He grinned and said, “Yes, you understand me correctly. I’m tired of being the guy who does everything right and still wins the booby prize.” I shook my head and offered, “ Be very careful what you wish for, my friend. You just might get a nasty surprise.” He frowned, “What do you mean?” I grinned back, “Suppose you stop investing in your people and stop giving them reasons to be loyal and stay. No generous salaries, no training, no coaching, no bonuses, no nothing. Many of them will leave you for greener pastures, right?” “ That’s right, he said, but at least I didn’t lose my investment, did I?” I chuckled again, “Yes, I suppose that’s right, but that’s not the whole story, my friend…  You also will not be investing in another set of colleagues who may well lack drive and ambition and they may not be growing or developing skills that make them more valuable in the marketplace. I’m worried that they may stay and create a legion of underperformers and mediocrity in your organization. Can you imagine how horrible it would be to have to manage that?”

Wake-Up Call  After that little dramatic demonstration of the law of unintended consequences my friend began to see the light. “I think I see what you’re trying to make me realize,” he said.  “Option A, I can invest in my team, and they become well trained and hone their skills like Navy Seals, and some of them will stay longer because of my investment and some will leave for greener pastures after having brought more skills to the table for my clients while they were here.” “Yes, that’s what I’m saying,” I replied. “Option B, I create a horror scenario where I stop investing in everyone and all of my best talent and highest potential talent will most certainly leave for greener pastures. AND, worst of all, the mediocre and underperformers may stay out of a lack of drive or laziness, and drag my reputation into the gutter over the long term.” He mused.  “That’s exactly what I’m saying. Which do you think is worse?” I asked. “Oh, Option B is definitely a nightmare scenario.” He replied.

After a brief crisis of conscience and confidence, my Southern friend is back to feeling good about his generous investments in his people. He is now realizing that taking a lifetime value approach to his team is still the best option, despite the ravages of the pandemic and these last three disruptive years of change. He now understands that his best option is to continue to put his people first and to hope like hell that they’ll appreciate his willingness to invest in them and choose to stay engaged in his business and loyal to his vision for what his company can provide for them and for their customers. He knows he’ll lose some good performers along the way, but investing in someone who moves on one day is nowhere near as crazy a strategy as choosing not to invest in anyone and all of your employees stop growing and stagnate and stay. Now, THAT, my friends is a real nightmare scenario. The moral of the story? There is never a better differentiator for any business than the talents and character and warmth of your people. Invest in it, through thick and thin, because there will never be a better alternative than that.

Michael is a Master Certified Coach who leads a team of terrific coaches in a company called Michael Beach Coaching & Consulting. Michael and his coaches provide Business Coaching and Executive Development Coaching for fast-growth companies in the technology industry and other industries in the United States and around the world. Michael’s company has offices and coaches in Minnesota, Arizona, Florida, and Iowa, and its client roster includes clients in Europe, the United States, and in Australia. Michael and his team work with C-Suite Executives, Business Founders and Owners, VPs, Directors, and Emerging Leaders. MBCC’s claim to fame is its game-changing and award-winning approach to coaching Emerging Leaders. The Coaching Curriculum and Toolset for Emerging Leaders is robust and without a doubt seriously effective in developing leadership confidence and acumen. If you’d like more information about the Michael Beach Coaching & Consulting approach to taking your game to a new level, reach out to the team at info@michaelbeachcoach.com.

Are you getting things done by working through others?

When you’re in charge, and you’re responsible for leading a[...]

Little Stars of our Constellation... Where is your Leadership going[...]

YOU will need to take action to get things done!

https://youtu.be/9ULEy3rgzMM Michael Beach is a Certified Professional Business Coach and[...]