What To Do When Your First Attempt Fails To Solve The Problem?

Home ask the coachWhat To Do When Your First Attempt Fails To Solve The Problem?
June 9, 2016 ask the coach, Blog 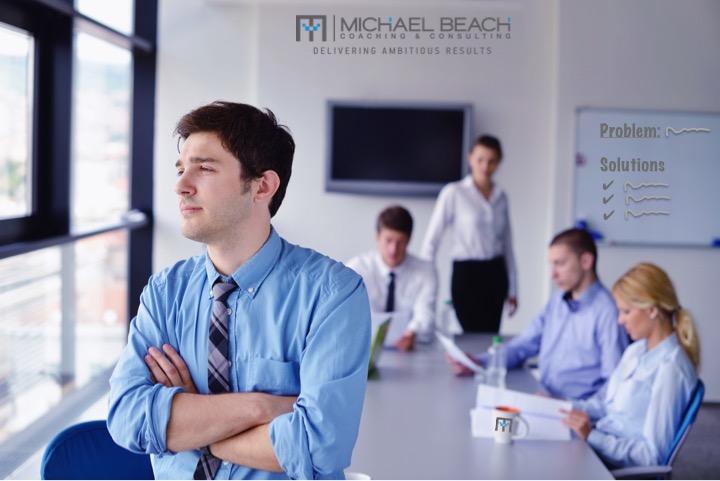 I had a good coaching conversation earlier this week with one of my CEO clients. He was frustrated because his company had discovered a particularly nasty problem in the business and his leadership team had organized a task force to go to work to assess the problem and solve it. My client was a bit demoralized because the team had given a very significant effort in their attempt to resolve the issue, and had fallen short of his expectations and their expectations. The team was now beginning to obsess about the failure and started to become defensive and blame oriented in response to their initial disappointment. I asked my client what he was going to do next, and he paused and said, “I don’t have any idea, what should I do?”

In truth, my client did have several good ideas, and in the end, he identified some great things to try to get the team moving in a positive direction again. As we talked through the situation, here is what the client told me.

Good Start: His leadership team got this off to a good start by identifying several people who were directly affected by the problem they were trying to solve and by getting them to understand that they would be the ones to assess the problem, the trends and the impact on the business and their customers. The assigned team was even instructed to be completely transparent and to identify the problem’s symptoms and causes without concern about personal retribution. The team identified a number of possible causes, symptoms, and some trends and their work here seemed strong.

More Good Work: After identifying the problem, and some possible root causes, the problem-solving team shifted its attention to considering solution options. The team removed the personalities from the equation and explored alternatives, who to communicate with, criteria for measuring the solution, etc. They weighed and ranked all solutions from most appealing to least likely to solve the problem. Then the team selected the most optimal solution and refined their action plan to solve the problem.

Rush To Action: Given the urgency of the problem, the team then quickly pivoted and began to implement their plan of action and to measure their progress. This is the part of our story where you can insert the soundtrack of breaking glass and screeching, twisting metal. This is where the train came off the tracks. The team made an excellent effort to solve the problem and did a pretty terrific job of measuring their progress, or lack of successful progress. In the end, the problem wasn’t solved on the first attempt. Now, the team was feeling embarrassment and pressure because they feel like they failed.

So, what did my CEO client think caused the problem-solving team to fall short of their objective? He met with them, and they all agreed after a good dialogue that they had failed to adequately gain a strong commitment to their proposed solution plan from every department and member of the team who were going to have to implement the solution. This is a very busy growth company and competing priorities led to some of the required problem solvers becoming distracted or losing their focus on the solution.

Lessons Learned: Every member of the team needs to be crystal clear that the problem is urgent and a top priority. Every involved party must know that the problem is solvable and that WE (including ME) own this problem, resolution, and the timeline by which to get it resolved, without exception, and without excuses. Each member of the team MUST commit to being 100% accountable not just for a half-hearted attempt at a solution; they must OWN the ultimate solution and all actions that lead to it.

Next Steps?: My client and I agreed that much was done right here, and a lot of forward progress took place. Unfortunately, at the moment, the team was focused on what DIDN’T happen (a resolution to the problem) and they’ve almost completely discounted the progress that they’ve made. In our opinion, the team was MUCH closer to a solution than they were before they started. So my client is going back to the team and encourage them to revisit this and look carefully at what they did successfully. He will have them identify the best course to resolve this on the second attempt and to ensure this time that EVERYONE on the team is 100% committed to the plan, the timeline, and their assigned actions. It’s important to always emphasize the positive and to be able to recognize the progress you’ve made, even if you haven’t yet achieved the results you were hoping for. My client will prepare his problem-solving team to learn from the first disappointing attempt and to use it as a great learning experience that will almost certainly lead to a successful resolution on their second try. He is confident and ready to prepare his team to rise to the challenge and will transfer HIS confidence to the team.

Let me know if you’ve had a similar challenge in your business. How did you handle it? How did you overcome the initial disappointment of the setback? How did it turn out when you gave it another try? I’d love to hear your stories of how you rallied your team to victory in the second half of the contest.

Michael is a Business Advisor and Executive Development Coach in the Twin Cities of Minneapolis & St. Paul. He would love to hear from you about whether you’d like help strengthening the performance of YOUR teams. Send an email to info@michaelbeachcoach.com and tell Michael your story.

Tips To Raise Your Emotional Intelligence https://youtu.be/_GUw019mAKI Learn more about[...]

We shared six great best practices in our last post[...]